I feel ripped off and that is the worst feeling ever. I had booked a 2 night stay at Kahama Hotel Nairobi based on what I read about it on Booking.com. I am a frequent visitor to Nairobi and had stayed in various apartments and hotels before but this is an experience I do not hope to repeat. I wanted to stay 2 days at this hotel before flying out to Kigali for a couple of days. The plan was then to come back here and stay for the rest of my visit to Nairobi. But having already changed rooms twice within 1 hour of arriving, I feel like I have made a big mistake by booking this particular hotel.

It all started at the airport. I had asked to be picked up by them. When I got there, there was no one waiting. I called the hotel only to be told that the driver had been waiting for me the whole time. I naturally felt guilty thinking it was my fault I did not spot him (or for that matter, my name) amongst the 20 or so people and placards waiting to pick up passengers from the airport. The driver showed up 20 minutes later apologising that he was caught up in the traffic. The hotel could have told me that instead of lying to me that the driver was already there waiting for me. Mind you the fee for this pick-up service was 2500 Kenyan Shillings. Taking an Uber would have saved me at least 1500 Shillings. But that is now by the way! 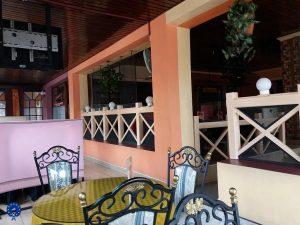 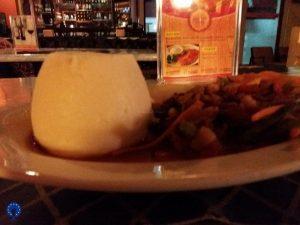 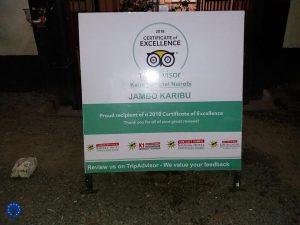 The biggest lie was still to come. I had booked one of their best and most expensive rooms as advertised. When I got into the hotel, I was given a room I could barely fit in! I went to the reception to complain about this and the lady informed me that the best rooms were already occupied! But I had paid and made prior reservation for a good room. What is the purpose of paying for the most expensive suite and being allotted the worst? The lady moved me into another room on the traffic side of the hotel. This was marginally bigger but it was just another hell hole. Nothing in the room worked. And who is the Trip Advisor representative who came to this hotel and gave it high recommendation and a certificate that is proudly being exhibited at the front of the hotel? Was the person high on something? Even the Ugali that I ate was the most expensive but worst tasting I have ever had the misfortune of eating in Kenya. 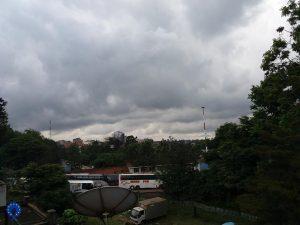 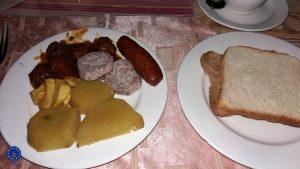 As I am writing this I have just woken up having gone to bed without a shower. The whole of the shower system is broken. I was told they use a system whereby you have to turn on the shower for about 4 minutes before it gets warm. I turned the shower on and after 1 hour I had to give up! Not only did no warm water come out of the shower, cold water was gushing out of strange holes that nearly flooded the whole room! I have to see if they have a better room for me when some of their guests leave today. I am dying for a shower after an 18 hour trip and 2 days.

And before those in the know say you should have booked a better hotel in a better neighbourhood and all of that, I have my reasons for looking for the diversity of experience in Nairobi or wherever else I have stayed before. Damn! I have stayed twice at an hotel in River Road (which is an unfairly notorious part of Nairobi city centre) and it was 10 times better than this shitty hotel!

My advice is, spare your money. If you have to stay at Kahama hotel Nairobi because of a lack of choice, just reserve the cheapest room. It does not matter. The room you get in the end is dependent on which one the receptionist gives not the one you book. It saves you not only money, it keeps your expectations very low indeed.

PS. Suffice to say that when I came back from Kigali, I did not return to this hotel. Instead I went and stayed in a much better accommodation at Swiss Lenana Mount Hotel, behind the State House in Kilimani, Nairobi.