My first impression of Stockholm is that of a Scandinavian metropolitan city at peace with itself and enjoying her potentials to the fullest.  Arriving in Stockholm felt like arriving at the house of an old, familiar friend.

From the time I stepped out into Arlanda airport, everything just felt right. The airport is a small, practical and functional one devoid of all the false pretences and gargantuan size of, for example a Schiphol or a Heathrow airport. There is a large photo gallery of famous Swedish persons welcoming you to their country. Somehow, it felt sincere.  From the airport to the city you can take the Arlanda Express train. From the moment you buy your train ticket, you realise that Sweden is like they say, a very expensive country. For the 20 minute journey to the Stockholm, you pay an equivalent of €24.00! But don’t despair. Stockholm is all worth every cent of it. 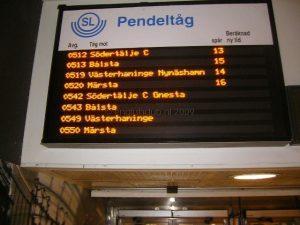 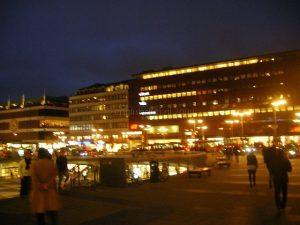 One thing that struck me immediately was the cosmopolitan nature of the city. Every race seemed to be represented around the large city centre. Everyone seemed to feel at home and comfortable to co-exist. I am not a fan of street shows, but I stopped and watched one street performance given by a group of Indians from Chile. It was really colourful. If you like street art, you should definitely go to Stockholm. You’ll be surprised at the choice you have.

One of the highlights of Stockholm is a visit to the Gamla Stan; the old city centre which also houses the (former) Royal palace. The changing of guards is also said to be a tourist must see. Unfortunately, it was dark before I could find my way to the palace. But even under the darkness, the Gamla Stan is still very breathtaking. The whole grandeur and splendour of the place is just very impressive. 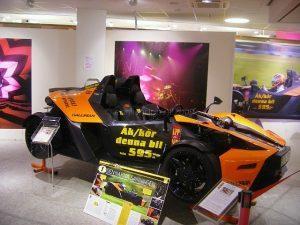 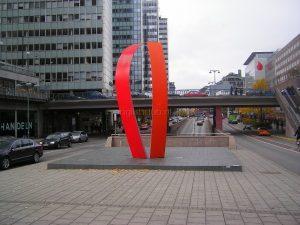 If you are planning to see the whole of Stockholm, my advice for you will be; take the public transport. It is cheaper and more effective.  For as little as €20, you can see the length and breadth of Stockholm for 3 full days travelling with the bus, the tram or the train.

The city is full of energy and everyone seemed to enjoy whatever he or she is doing. In the autumn months (which was when I went there), you have to be aware that darkness descends early on Stockholm. At 16.00 hours in the afternoon it is already dark. But then the streets and buildings get illuminated and you are a witness to a most wonderful and beautiful skyline. You guessed it already; Stockholm is a city after my heart.

If you want to relax and have a beer, there is an array of cafes and bars at strategic places all over the city. Watch your pocket while you are quenching your thirst; Sweden is very expensive! A glass of beer in Stockholm probably costs twice as much in other countries. If you are a sports (especially football) lover, there are more than enough cafes with life-sized TV screens showing an array of live sporting events. 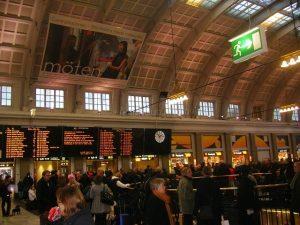 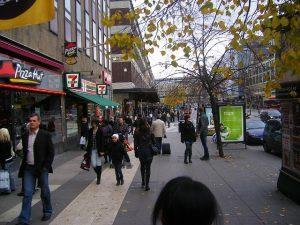 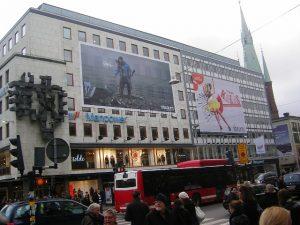 If you are also into the nightlife, you will find a place that caters for your taste in Stockholm.  I myself ended up in Le Bon Palais in Barnhusgatan where they play all kinds of modern dance music. It is a discotheque that attracts all ages, gender and race. It was a good choice for me! I stayed the whole night and had loads of fun.

These impressions of Stockholm are impressions that were gathered during a 48 hours visit. I am left with a feeling that Stockholm has more to offer than I have been able to see during my short visit. I left Stockholm feeling like I still have not discovered the real heart of the city.  I have made a commitment to myself to come back again next year and spend more time in Stockholm.