My first impression of Denmark is that of a small Scandinavian country quietly minding its own business.  This was a vacation that was picked by my 9 year old son. I did not know where I wanted to spend this vacation. My wife wanted to go to Luxembourg. We eventually went to Denmark because our kid really wanted to see Legoland in Billund.  After a car trip that lasted more than 4 hours longer than was planned, we finally got to our destination. This was not Denmark’s fault though. We just got bogged down in endless road works and traffic jams in Germany. 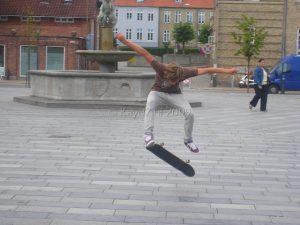 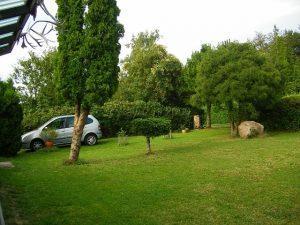 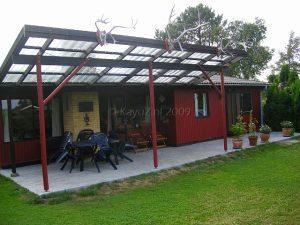 Our vacation house was in Hejls about 18 km from Kolding. Hejls is a serene village with one large church, a small supermarket, a restaurant, a recreational golf course and a very long and beautiful beach. Above all Hejls is very green.  The summer houses are in various sizes and shapes. The one we booked was a very spacious one with 3 bedrooms and a living room. We had a front, well-manicured garden that was almost half the size of a football field and a befitting patio where we could just sit and laze around in the sunny summer temperature. At the back, we had a small garden but just outside our back gate there was a big grass slope where my kid spent the first hour after our arrival just climbing and rolling like a fallen cheese back downhill! 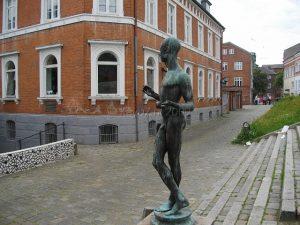 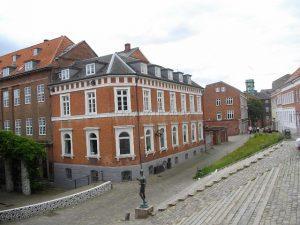 To be perfectly honest, I am not a fan of these attraction parks. I just feel they are for kids or for grown-ups looking for excuses to just be kids. I lived 9 years about 10 minutes away from one of the biggest and most talked about fun parks in The Netherlands and I never went there. So you can imagine great reluctance in agreeing to this vacation in the first instance. It was after all a vacation that was built around a visit to a Lego themed park. I mean come on, I used to play with Lego blocks more than 40 years ago. I have grown up since then and do only the things grown up people do now! 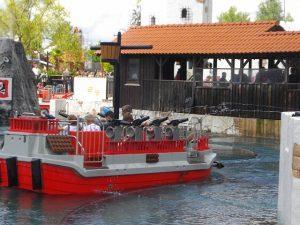 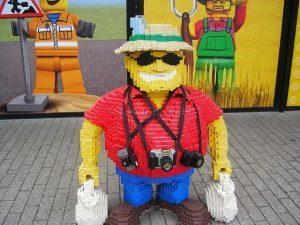 But the love of my kid made me agree to this vacation and I was ready to suffer the consequences. And so it was that we set out to Billund (where Legoland is situated) on Monday morning our third day in Denmark. Billund is about 70 km from Hejls. For me it was a chance to see more of the Danish landscape, the roads, the buildings and maybe some Danish people. I have to say we had a quiet and uneventful trip to Billund. The roads were good and less busy than I anticipated. The countryside was really very impressive and beautiful. But that was about it.

We were welcomed to Legoland with a wonderful weather. It was just before midday.  From my inexperienced point of, it was not too busy. I readied myself to having one of those long, boring days when one is forced to stay in a place against his wishes. I was already looking at my watch by the time we got to the first attraction.  I was determined to stay for a short time as possible; long enough to let my kid have fun but not too long to torture myself. Once my kid got into the park, he felt completely at home. I knew it was going to be war if and when I have to cut his fun when I’ve had enough of my silent suffering. I was determined not to stay longer than 2 hours in Legoland. I knew I would have to drag him out of there if and when I told him it was time to go home. The battle was already drawn. In this kind of battle, my wife was always going to be the referee with her quiet wisdom. But there is a battle ahead that was going to be difficult refereeing.  The fact was that not of them knew what I was plotting. I wanted to keen the shock element to myself to maximize the effect.

For those who may be reading this, I am going to spoil your fun and reveal the end of this story.  We ended up staying at Legoland for almost 8 hours. And it was not because, I passed out or something like that. It was because I had loads and loads of fun. I had so much fun, I did not want to leave! 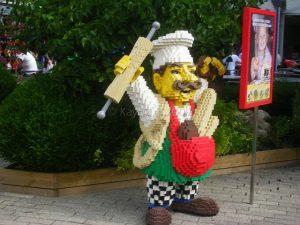 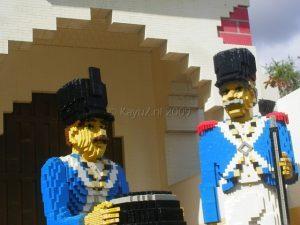 Legoland has something for everyone. Whether it is the pirate island or the boat trip to the mines one is bound to have fun while you are also learning some new things. You could go on the merry go round or just play fire-fighter. The attractions were busy but orderly. Everywhere you had Lego replica creations of popular monuments and cities like the Empire State Building, Amsterdam or even some castles in Scotland. Watch out; whatever happens, you will get wet. A good number of the attractions are water-based. But don’t worry yourself; if you get wet there are a couple of strategically situated coin-operated warm driers to dry you up in a jiffy!

I will attempt to list a couple of the attractions I will recommend for the whole family;

Most of the other attractions are for the whole family. These include the hovercraft, the merry-go-round, the visit to the sunken Atlantis city, the fire drill, the Pirate Island, the miniature cities and the various shows in the amphitheatres in the park. I know I am forgetting a lot of things, but if you check out the Legoland website, you’ll see and get more details.

As with many of these parks, if you need to eat you have different choices. You could just take some of the snacks or sweet stuffs along the route. You could just go into one of the canteens and restaurants to eat a proper meal. In our case, we settled for the buffet. We just paid a fixed amount and we could eat as much as we wanted. The food was certainly very tasty. Even our kid (a notoriously picky and bad eater) ate more than a portion and licked his fingers. I am going to recommend the Legoland to all.

Apart from Legoland we also visited Harderslev, Kolding, Christianfeld. We went to Kolding almost every day to shop, to swim or just to walk. Kolding is a university city with lots of history and culture.

Based on what I saw and the places I visited, I will conclude that Denmark is a beautiful country to visit. The people are polite. The roads are good so is the vegetation. There are lots of tourists’ attractions; the beaches are clean and more importantly the people are multilingual. So if need to ask a question, just walk to the next person you come across. He or she would probably speak English. 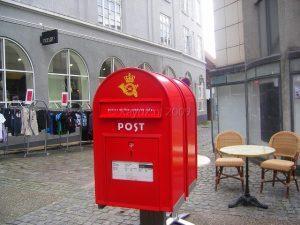 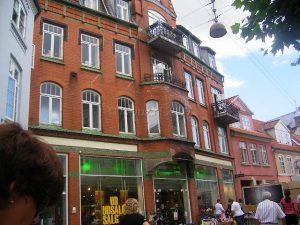 On the downside, you need to watch your wallet. Denmark is a relatively very expensive country. We spent one week in Denmark and it costs us more than double what a similar vacation to Germany just a year ago. The people are a bit distant. They know you are there. But they are either too shy to make eye contact or they are just not interested. Maybe I should give an example of what I mean. I’ve travelled to several European countries and usually the best place I’ve found out to get a feel of the people is at their stores. We must have been to 20 different stores in the cities and villages we visited. You just felt that the people there were very distant. At the checkout, it felt like the guys behind the counter were just interested in the money coming out of your pocket. Once you paid, it felt like you cease to exist for them. That’s a shame really. We spent a week in Denmark and only one person made real eye contact with us. She was also the only person who smiled and said hello!

Denmark definitely has a lot of charms.  But I am not sure I’ll be coming back soon.