Sometimes you just have to let things happen and not force them to. Right now I am writing this piece somewhere 11000 feet above Egypt as the aircraft is preparing for a brief stop in Hurghada, Egypt. The final destination is Zanzibar and I am travelling with my eldest son.

That the 2 of us could be on our way to a holiday destination in Africa together is evidence that when you let things run their natural courses, the result you get is always the natural result one desires. Most of the time, we want to force issues to achieve the result that we or the society deem acceptable. I am one of those people who most of the time do not let themselves be ruled by their fear but their hope. That is why I would always do that which I think is right not what others think is right. My life. Not yours. My pain. Not yours. 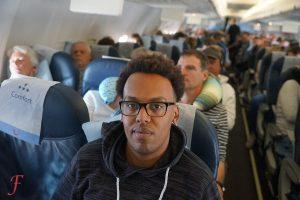 To understand the story of my relationship with my oldest son is to understand why this, our first trip as a duo to Africa, is extremely special. We have been to Africa together before. But it was as a family. That was in 2008 when he was 15. He was part of the family of 4 (2 sons, my wife and myself) that went to Nigeria and had a great time. But he was 15. Now at 24 he asked me a couple of months ago if he could go with me the next time I was going to The Gambia (where I had planned to go on this trip, which is a birthday present from my family!) That we are now going to Zanzibar instead of Gambia is a whole other story! 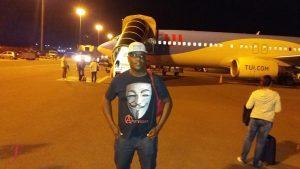 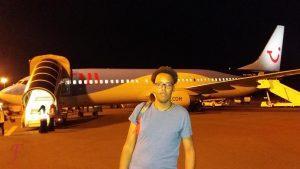 Even though he is the only one of my sons who truly feels African, he is also the son that it seemed until 3 years ago I was going to lose contact with forever. You see, before we went to Nigeria in 2008, we had not seen each other for close to 4 years! The only reason we got in contact in 2008 was because we were going to Nigeria and I knew whatever the reasons were of our staying out of each other’s lives, he would have loved to go with us. So it proved. We had a great time in Nigeria in 2008. Once we arrived back in Holland and he went to his place of abode the next time I saw him was in 2014! Without going into the full details, both times that he disappeared were as a result of father/son differences.

Anybody who has ever met anybody who has my surname and DNA will know we are descendants of ultra-stubborn forefathers and mothers! I always regard myself as the least stubborn of all. I know my roots and blood and if any of my kids would inherit my stubbornness, I had promised myself long ago never to impose my will on them just because I was their father like many African parents do. That is not to say I did not do all within my powers to seek peace with him and make up so that we could have a normal father/son relationship. But you have to respect the choices people make and you have to respect their intelligence in making their own choices. It is their lives and their choices. My son is no exception. It hurt like hell and many times I went through the same hell and back. However, I never allowed my pain to weigh more than his choice and happiness. I never tried to put him under undue pressure! So I let him be. I could be proud that I help raised him the right way.  That is why he was able to stand up to me! 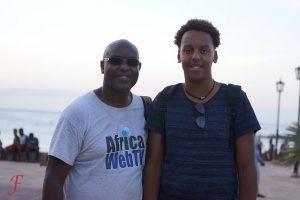 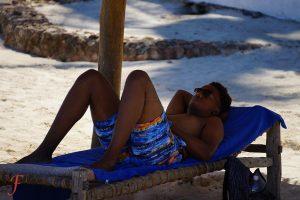 Nigeria 2008 was the time he decided to keep his distance and ironically it was events in Nigeria in 2014 that brought us back and closer together. You see, that was the year I was kidnapped in Nigeria. That horrible event was the catalyst that finally brought father and son together. My kidnapping was the moment that made him realise how much I meant to/for him, he later told me. We have had our private talks since then and I understood why he made the choices he made. He understands why it was that I made him the choices that made him feel like he had to make those choices. The fact is we are closer now than ever. 2 adults that is what we are. He appreciates that I let him go and I appreciate that he is back!

So now he is going to the continent he loves and to which he has always identified strongly. I could not be prouder of him and the man he has become.Without a doubt I am very proud of the choices I made and the result I got. We are in Africa now and we are going to have our first holiday together. Stephen Spielberg could not have written a better scenario. I am happy and proud. Glad it is to Africa that we are taking our first vacation together. Zanzibar, you better not disappoint us!